Guild has to unlock the Guild Site and reach 50 members. Players who join the Guild after the event starts can't participate in the event.

All Guild members can enter the new Battlefield to defend their Guild Site from the zombie invasion. 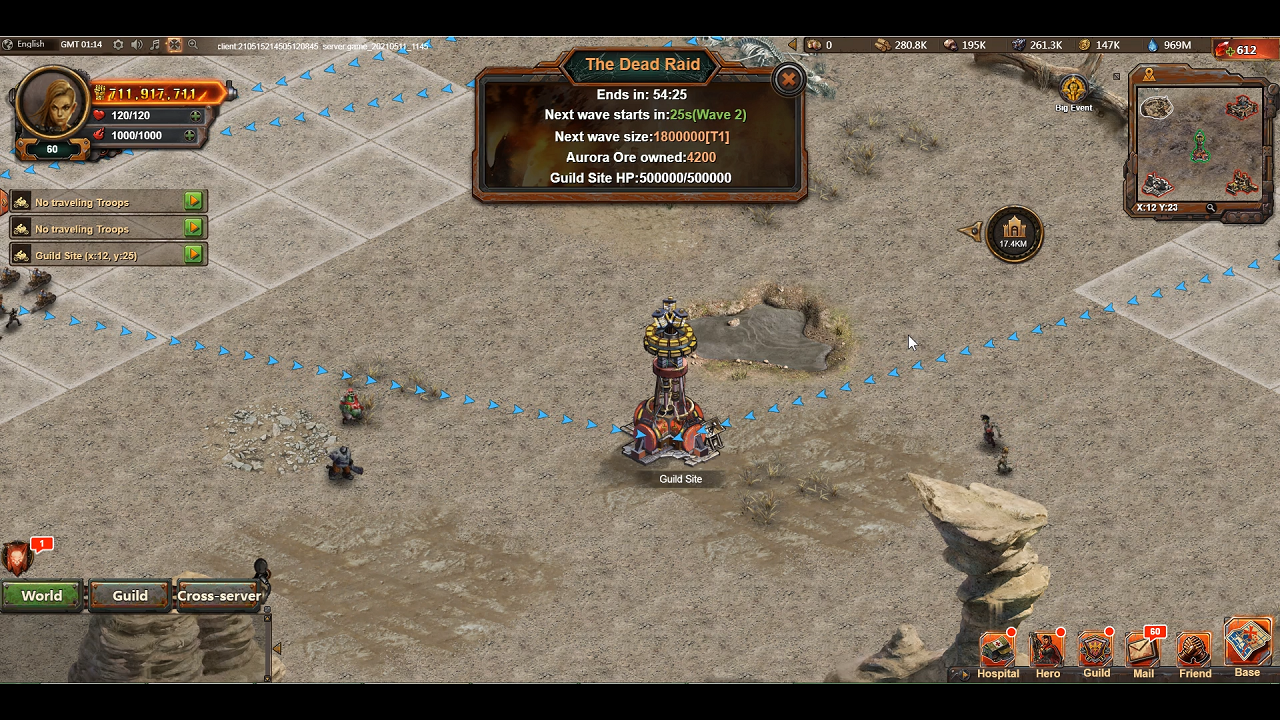 There are some buildings and resource spots in the Battlefield that players can capture to get boosts for troops and collect resources to maintain the captured buildings.

During the Ready Phase, players can obtain points by collecting, killing Bosses and Walkers and upgrading boosts for their Troops, which will be active in subsequent battles. 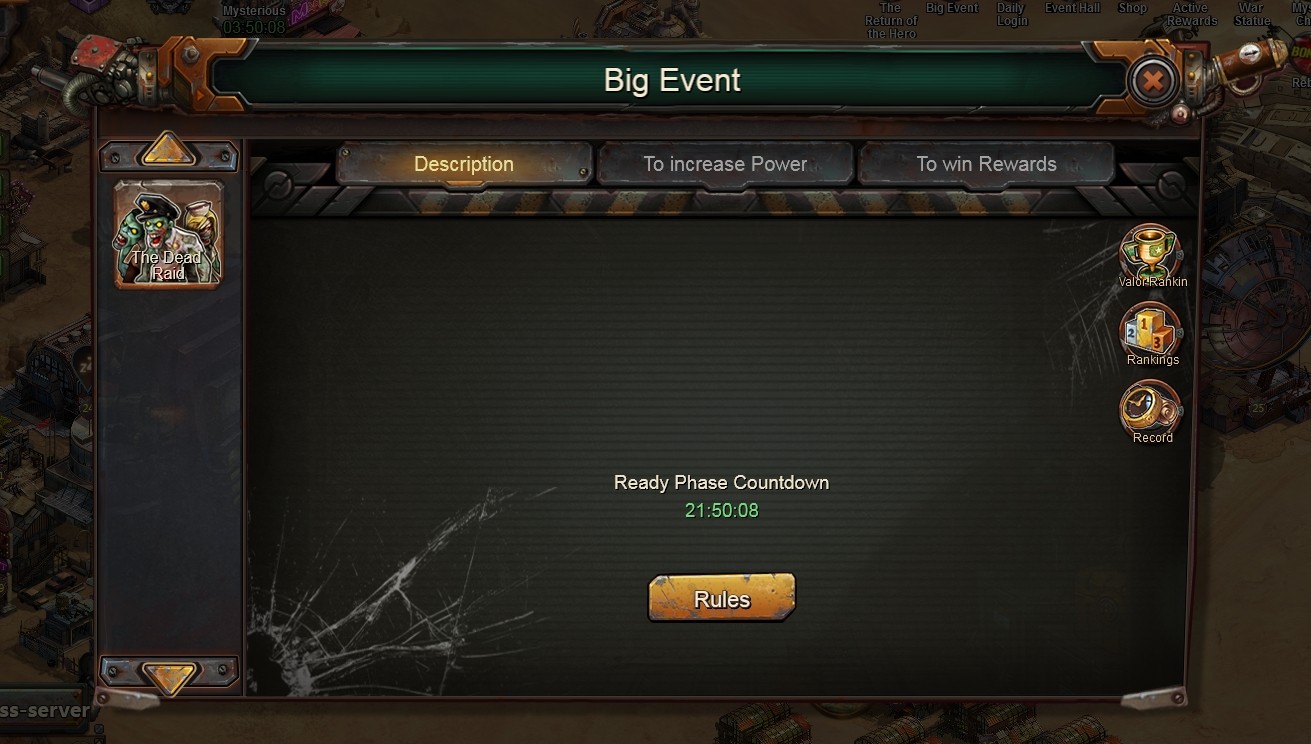 When the Ready Phase is complete, the Guild officers can start the battle. All Guild members are required to deploy troops in the Battlefield within 15 minutes.

The players who have not yet entered the battlefield will not be able to participate in the event.

Players can settle their Bases at will in the Battlefield. The bases will automatically activate Truce until the end of the event. Once players have left the Battlefield, they can't return.

The Zombies will attack the Guild Site in waves. Players must send Troops to protect the site and kill the zombies to obtain points.

If players capture other buildings on the Battlefield, they will become the zombies target.

Aurora Ore is a common resource in the Battlefield. Players can use troops to gather Aurora Ores to repair their buildings.

Bums are groups of zombies that cover the entire Battlefield, players can hunt them down for rewards.

The Field Hospital is a building where the wounded will heal faster.

Each player can send up to 3 Travel Troops to attack/gather/defend.

The Guild Site is the main defense spot where players must deploy troops to garrison. If the Guild Site's HP reaches 0, the event will end.

The battlefield has some Abandoned Buildings, like Memorials, Forts, Hospitals and Factories. Capture these buildings and maintain them to get boosts.

Rewards will be sent at the end of the event.